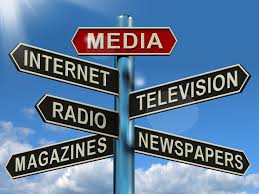 Panaji: October 26, 2018 … Rashtriya Ekta Diwas celebrations (National Unity Day), which commemorates the birth anniversary of late Shri Sardar Vallabhbhai Patel, is commemorated on October 31. As part of the commemoration, the Department of Information and Publicity is conducting an essay competition for all the journalists and media persons in Goa.

The aim of the Rashtriya Ekta Diwas celebrations is to foster and reinforce people’s dedication to preserve and strengthen the unity and integrity of the nation. Keeping this in mind the following topic as been selected as the theme of the essay competition ‘My United India’.

The terms and conditions for the competition are as follows:

1) The essays should be original. Previously published essays will not be allowed. No plagiarism allowed.

2) The word count should not exceed 200 (Two Hundred) words.

3) Language of the essay entries: English

The final date to receive entries is October 30, 2018. Entries can be sent to: