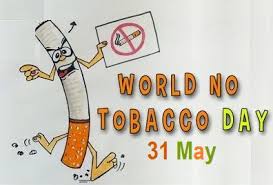 Present on the occasion were Dean of Goa Dental College & Hospital, Dr. Ida de Noronha de Ataide, Vice Chairman of ESG, Shri Rajendra Talak, Chief Executive Officer, ESG, Shri Ameya Abhyankar and HoD Public Health Dentistry, Goa Dental College, Dr. Amita Kenkre Kamat.
Addressing the gathering Shri Hawaldar appreciated the organizers for taking such initiative of organizing the event and said along with the books theatre is also utmost important. Any kind of addiction is difficult to go out, but attempt should be go up, he added.

The aim of this festival is to select Ad Films to spread the message of harmful or ill effects of tobacco use and also to decrease the occurrence of Oral Cancer and lung disease in keeping with this year’s theme “Tobacco and Lung Health”. The ultimate objective being to render Goa smoke free.