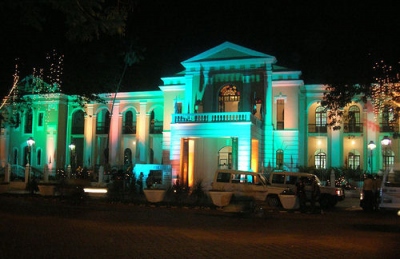 Panaji, GOA, 19th NOVEMBER 2018: In accordance with its end motive of developing the art of cinema in the country, IFFI 2018 is hosting an In-Conversation session with some critically acclaimed and celebrated filmmakers from India and the United States of America. The session titled, ‘Round Table Business Conference’ is a producers’ pitch that aims to bring distinguished producers from India and United States to share their views on film production.

This list consists of filmmakers, artistes and professionals who have been instrumental behind the scenes of films that have earned both critical and commercial acclaim. The roster includes celebrated producers of films such as 300 and The Hangover, a development associate with Johnny Depp’s production company, a National Award winner who has co-produced Bajrangi Bhaijaan, a producer of films like Magadheera, and others who’ve years of experience launching and executing films across genres and scales.

The major points of discussion at the Round Table Business Conference will be:

– The challenges faced in production of a film as producers are risk-takers who catch an idea, run with it and convince others to follow the idea

– The possibilities of collaborations with India in future

The panelists at the session are as follows:

John Hart has been producing theatre works and movies for nearly 40 years and is best known for his work on Once (musical) (2012 winner of eight Tony Awards, including Best Musical), The Band’s Visit (musical) (2018 winner of ten Tony Awards, including Best Musical), Boys Don’t Cry (film), You Can Count on Me and Revolutionary Road (film). His productions have garnered him five personal Tony Awards for Best Production.

Bobby Deolene is a Hollywood Entertainment Executive with over two decades of industry experience. Bobby is a development associate at Infinitum Nihil, Johnny Depp‘s production company in Los Angeles. He is also associated with CAA.

Christopher Tillman is a SAG-AFTRA actor/producer living in the Los Angeles area. He has a BA in theatre from Vanguard University which he received in 2002. While at Vanguard he was named collegiate actor of the year by The Daily Pilot. In 2010 he created Benchwarmer Productions to produce the short film Misusing Irony which he also starred in. He went on to write and produce The Distance Between which won the jury prize for best short film at the Omaha Film Festival (2013).

Bianca Goodloe is an expert on entertainment law and film finance,  She is a member of the California Bar Association, the New York Bar Association and a Foreign Registered Advocate with the European Union.  As the Managing Partner of Goodloe Law, Bianca Goodloe founded the law practice in 2003. She is also an adjunct professor at New York University and University of California Los Angeles.

Rockline Venkatesh is widely known for his works in Kannada, Tamil, and Hindi cinemas. He is the founder and owner of the production and distribution company, Rockline Entertainments which has produced over twenty five films as of 2012. In 2015 he co-produced Bajrangi Bhaijaan which earned the National Film Award for Best Popular Film Providing Wholesome Entertainment at the 63rd National Film Awards.

Allu Arvind, who has produced many widely watched movies including Magadheera (2009). He produces films under his production banner Geetha Arts with his brother-in-law, actor Chiranjeevi.

Kalaipuli S. Thanu has produced films through his two production companies, V Creations and Kalaipuli Films International. A large number of his films have been commercially successful, three of which are among the top-ten highest grossing Tamil films of all time.