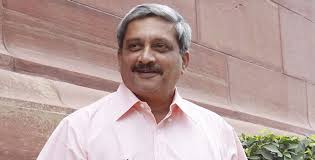 Interacting with the representatives of all  colleges who called on him at Secretariat yesterday..The Chief Minister said students are the future of the nation. He said, there is no dearth of knowledge in our society. Mere knowledge is not sufficient but one should know application of mind. In order to emerge as noble and successful person it depends on how one adheres to the principle and  listens   to his   mind.

Shri Parrikar further suggested the students not to ignore their studies while engaging in extra-curricular activities of their colleges. He said individual character also important which leads to success.

Chairman of EDC, Shri Siddharth Kuncalienkar in his address congratulated the newly elected University Representatives and termed them as future leaders of the state. He expressed happiness for conducting peaceful and  successful  elections.