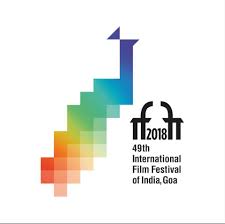 Panaji :: Goa, 24th November 2018: I think I am a gangster at heart: Vishal Bhardwaj (Filmmaker) … If you are looking for unique locations that exist in isolation, then Lakshadweep is the place: Vikash Sivaraman (Advisor, Film Tourism, UT of Lakshadweep) …. If I was a filmmaker today, I would make a pilot for a web show and pitch to an OTT platform: Suri Gopalan (Founder, Vista India Digital Media) … 24 exciting projects of the Film Bazaar Recommends section pitch their films to industry participants … You have to live amongst the people and hear their stories to be able to tell them honestly: Sange Dorjee (Filmmaker  …

The second day of the Film Bazaar 2018 carried forward the excitement of Day 1 with film pitches, exciting panel discussions and informative sessions on the potential of filming in different parts of the country. The Viewing Room and Industry Screenings also saw intense action with sales agents, distributors, financiers and festival programmers shuttling between films in an attempt to watch as many of the brilliant films on offer as possible.

The first and the last were the most interesting sessions of the day. The last session in the evening had the acclaimed filmmaker and music composer, Vishal Bhardwaj talk about his films, his love for language and the many powerful female roles in his films in a session titled ‘Badlands and the ‘Gender’.When asked about the powerful female roles he’s written over the years he said, “I’ve seen that whenever a crisis comes, women come to the forefront. Men look physically strong but women are inherently stronger”.

The audience – largely filmmakers – latched on to every word of his and enjoyed the bits from his films that were played in between. They peppered him with questions on his approach to filmmaking and directing actors. In response to one of these questions he said, “When I go to the set, I don’t tell my actors too much. I don’t open my cards, I give them the space. Sometimes they come up with really good ideas and when they don’t, I make suggestions, but in the process they start thinking for the character and caring for it”.

He also spoke about how blessed he felt to be a filmmaker because it allowed him to live the lives of so many people as well as travel the world while doing what he loves. When asked where all the violence in his films comes from, he responded by saying that, ‘I feel like a gangster at heart’, drawing much applause and laughter from the audience.

The day started with the 24 projects under the Film Bazaar Recommends pitching their films to a roomful of eager industry participants. Like the films in the Co-Production Market yesterday, these 24 films reflected the amazing diversity of stories that the South Asian region is home to.

Across the Ocean, an interest project conceived online after the two female filmmakers met on Facebook, was a one of its kind project that had the two filmmakers making the two separate halves of the film in their home territories without ever having met face to face. While there were films in Malayalam, Bengali and Hindi as usual the slate also included three films from the North-East and two from Chhattisgarh and Nepal each, clearly a sign of the growing confidence of filmmakers from the hinterland.

The Knowledge Series continued to enthrall and enlighten the audience with insightful views and opinions on matters of interest to the filmmaking community.

The first session in the morning saw the team from Lakshadweep present their territory as a destination for filming. Vikash Sivaraman (Advisor, Film Tourism, UT of Lakshadweep) said, “If you are looking for unique locations that exist in isolation, both on land and under water, then Lakshadweep is the place to come to. It has everything from remote islands to shipwrecks to mindboggling seascapes to visually exciting landscapes.”

To ease the pressure on film producers to carry their own equipment to and from the islands, Lakshadweep is planning to park state-of-the-art equipment in the UT. Balram Meena (Director Tourism, UT of Lakshadweep) promised to learn from the best state policies that exist across the country and come up with a policy framework that will enable quick turnarounds.

A panel of filmmakers from the North-East alongside Anshulika Dubey (Co-Founder & COO, Wishberry) discussed the unexplored potential of cinema coming from the region. The panel that included Pradip Kurbah, Napolean RZ Thanga and Sange Dorjee discussed the challenges of raising financing for their films.

“You have to live amongst the people, hear them and their stories to be able to tell those. That can’t happen if you live in the big city”, said Sange Dorjee, the filmmaker from Arunachal Pradesh.

Another insightful panel that saw a huge turnout was the one that discussed the future of the OTT market. Moderated by Orly Ravid (Founder, The Film Collaborative) the panel had Ajay Chacko (Co-founder & CEO, Arre), Rasika Dugal (Actor), Rohan Sippy (Filmmaker) and Suri Gopalan (Founder, Vista India Digital Media).

“I don’t think the challenges for indie filmmakers will be resolved with the emergence of these OTT’s because there’s a lot of demand for longer format storytelling by the OTT’s” said Mr. Gopalan starting off the discussion. Mr. Sippy however was excited by the potential for filmmakers that the online platforms offered. “The rules keep changing. People are playing with the medium. It’s an unbelievably powerful way of showcasing content”.

Mr. Chacko however warned against getting carried away. “While a lot of things will change, the structure of consumption will probably not change. It’s still going to be the same as TV. We are seeing that already.”

Ms. Dugal was happy with the emergence of these OTT platforms. “I’ve been lucky to do roles that would otherwise have been difficult to come across. I hope there will be interesting roles for women on these shows where women will have something to do rather than just be. It doesn’t really matter to me who makes the content as long as the roles are exciting enough.”

Encouraging independent filmmakers in the audience, Mr. Suri signed off saying, “If I was a filmmaker today, I would make a pilot for a show. That would allow me to pitch my story to the OTT’s who would then find it easy to assess the quality of my work and idea.”

Alongside these sessions the Producers’ Workshop also continued with the young producers getting a chance to interact with some of the most experienced professionals from across the producing landscape.