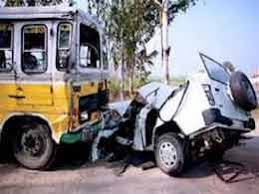 Panaji, February 5, 2019 …. “If you do not believe in following the traffic rules, say so, but stop blaming the sentinels. The sentinel scheme has played a major role in curbing traffic rule violations. 2017 had recorded 333 road accidental deaths due to road accidents with an average of six deaths per week.

The number slightly decreased to 262 in 2018 with an average of 5 deaths per week. We can still reduce these figures by utilizing four principles: Education, Enforcement of rules, Emergency accidental care and Engineering of roads,” stated DGP Shri. Muktesh Chander IPS. He was speaking as a Chief Guest at the inauguration of 30th National Road Safety Week – 2019 at the Goa Engineering College Complex in Farmagudi today.

Emphasizing the need of using a helmet by a rider and the pillion, Dr. Chander urged the gathering to be sincere and use an ISI marked helmet. “Wearing helmet is not enough; locking its strap is also mandatory. A pillion must also use a helmet for his/her safety. Do not wear it because you will receive a challan. Wear it to be safe and let others be safe too. Over speeding, drinking and driving is equally harmful,” he said.

“We are complying law as it is. I will never stop preaching about road safety and I believe that one day, we all will succeed,” Dr. Chander stated.

Earlier, the function began by lighting the lamp. Shri. Nikhil Desai welcomed the gathering and explained that road safety awareness among local is the sole purpose behind celebrating the ‘Road Safety Week’. He also informed that Goa is the first state to introduce ‘Road Safety’ in its curriculum.

The function was followed by a keynote address by Shri. Arun Desai IAS, former Director of Transport and a satire-comedy show by Shri. Paresh Parab.  Shri. J.D. Souza compered the function while Dr. Krupashankara M.S. proposed the vote of thanks. The function was attended by students of colleges and higher secondaries in large number. 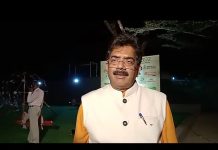 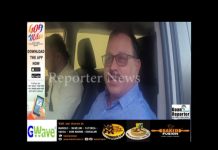 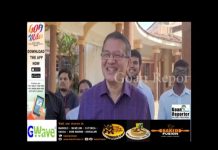