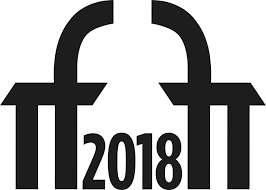 Goa, 19th November 2018: The 49th edition of the International Film Festival of India will open tomorrow with the gala opening ceremony that will showcase the theme of New India through a variety of genres of cinema. This would entail a 90-minute power-packed programme incorporating elements and narratives of the rich and diverse kaleidoscope of the Indian film heritage and industry.

The colourful opening ceremony will showcase the themes of history, action and romance. Audiences will get to watch an array of on-stage scintillating performances by mainstream Bollywood artists – with Sonu Sood doing an action packed set, Shilpa Rao doing a romantic bit and dancers opening the ceremony with a mesmerising act.

Apart from this, a host of celebrities will walk the red carpet, giving added colour to the ceremony. Amongst the big personalities, we will have Akshay Kumar, Karan Johar, Julien Landais, Hrishita Bhatt, Madhur Bhandarkar, Subhash Ghai, Arijit Singh, Ramesh Sippy and Chin Han.

The ceremony is being held at the Shyama Prasad Mukherjee Indoor Stadium, Goa, from 4.30 pm onwards. The opening ceremony will go live on DD National at 4.30pm, and will also be streamed LIVE on the YouTube channel of PIB youtube.com/pibindia

The show will witness the launch of the Film Facilitation Office, an initiative by the Ministry of Information & Broadcasting.

Glimpses of the festival opening film “The Aspern Papers”, which tells a story of obsession, grandeur lost and dreams of Byronic adventureswill be screened for the audience and the Director of the Film, Julien Landaiswill address the audience on the occasion.

This edition of the festival will showcase 212 films from over 68 countries which reflects diversity of taste. International Competition section has 15 films out of which 3 are Indian. Competition section itself represents films produced and co-produced by 22 countries.

In its 49th edition of IFFI, the Country of Focus will be Israel. Ten films in collaboration with the Consulate General of Israel in Mumbai, have been selected for the country focus package. The opening film for the Country Focus Section is ‘The Other Story’ by Avi Nesher.

A State focus section has been proposed for the 49th IFFI, 2018. This section will focus on the films of one of the Indian States, thus shedding light on the art and culture of that particular state. Jharkhand has been selected as the State of Focus for 49th IFFI 2018 and Jharkhand Day will be celebrated on 24th November,2018 as part of the festival. Movies in the Jharkhand Package include Death in the Gunj, Ranchi Diaries, Begum Jaan with others.

Sketch on Screen (Animation Film Package) is a section which has been proposed for the 49th IFFI, 2018. This section will screen around 3 International Feature Length Films done in collaboration with Indian studios.

Open Air Screenings are organized during the festival where a large screen is put up in a vast open area. This year as an extension of the Khelo India Branding, Indian Sports Biopics will be screened at the 49th IFFI.Films .Included in the section are Gold, Mary Kom, Bhaag Milkha Bhaag, 1983, MSD: The untold story and Soorma.

‘Homages’ section pays tribute to the film personalities of our country who has taken refuge in the abode of God. This year homage will be paid to Late Sh. Shashi Kapoor, Late Smt. Sridevi, Late Sh. M.Karunanidhi and Late Ms. Kalpana Lajmi. In the International Homages this year we will pay tribute to Terence Marsh, Milos Forman, and Anne V Coates.

A Special Package for Visually Impaired Children will be organised with special screenings with audio description. The festival will showcase the movies ‘Sholay’ and ‘Hichki’ under this section. This year there will be a special presentation of Tunisian films.