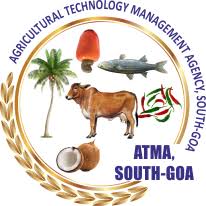 Panaji: 25/08/2018 :::  Agriculture Technology Management Agency (ATMA), South Goa in collaboration with Zonal Agriculture Office (ZAO), Sanguem organized three farmer training programs viz. in June 2017, March 2018 and August 2018 respectively at Netravali and Rivona villages of Sanguem Taluka. The training was aimed to create awareness about ‘Apiculture’ or ‘bee-keeping’ and its importance in our day to day life.

In June 2017, 72 farmers from different parts of south Goa zone attended the first training program which was conducted at Netravali. Shri Dinesh Prayag, Shri. P Shalio and Miss Gauri Prabhudesai, Assistant Agriculture Officer, Margao guided the farmers about the significance of Apiculture. “Goan farmers are primarily involved in traditional crops like Coconut, Areca nut, vegetable, and paddy. Apiculture is one of the oldest farming techniques in our country for collecting honey, which is one of our essential food commodities. It is becoming popular due to its medicinal benefits to health in National and International markets. In this process, not only the farmers make sweet dividends but Bee-keeping helps to increase agriculture productivity through pollination,” informed Shri. Raghunath Morajkar, ZAO Sanguem.

Post this initial stage, a team containing 18 trained farmers and officials of ATMA South Goa visited the Honey Bee Society, Honnavar in Karnataka state for as a field visit. Shri. Hegde, Secretary of the Society explained the working of the society and briefed the team about Bee box, precaution to be taken for maintaining a box, honey rearing, colony of the bees etc. The team also visited two progressive farmers at Honnavor who are engaged with Apiculture since past 25 years; the session was very fruitful for the team as it gave them a positive insight into bee-farming.

In March training was conducted for the same bunch by a well-known farmer Shri.  Mumtaz Ali from Karnataka who is engaged in Bee-farming since the age of 14. Shri. Ali guided the team about Bee lifecycle, pest management, and maintenance of box by giving practical demonstrations. He also visited every trainee’s farm and advised each farmer about bee colonies, their working style, and its maintenance during the rainy season.

In the last 5 months, approx. 3kgs of honey from some of the Bee colonies of farmers has been extracted. It is also noticed that production of the other crops in these farms have increased by 25% as Honey Bees play a major role in plant life cycle as a pollinator.

As September is the best season to start the Honey Bee cultivation, ZAO Sanguem and ATMA South Block conducted another training programme for farmers on August 10, 2018, at Netravali. 40 farmers attended the session wherein in they were guided by Shri Raghunath Morajkar ZAO Sanguem and Shri. Mumtaz Ali.

During the training Shri Morajkar, ZAO said that every farmer should take this a hobby. “Apiculture is immensely helpful in increasing the production of crops. The ATMA South Goa and Department of Agriculture will provide training whenever there will be a gap between the farmers and technology. We are forever on our toes to help any farmer in need.”

In Sanguem taluka, 23 farmers are currently practicing Beekeeping while 32 farmers have registered and shown interest in taking up the same in their respective farms. A day to day follow up is recorded by the ATMA South Goa and Zonal Agricultural office Sanguem activities to motivate young farmers are currently being planned.