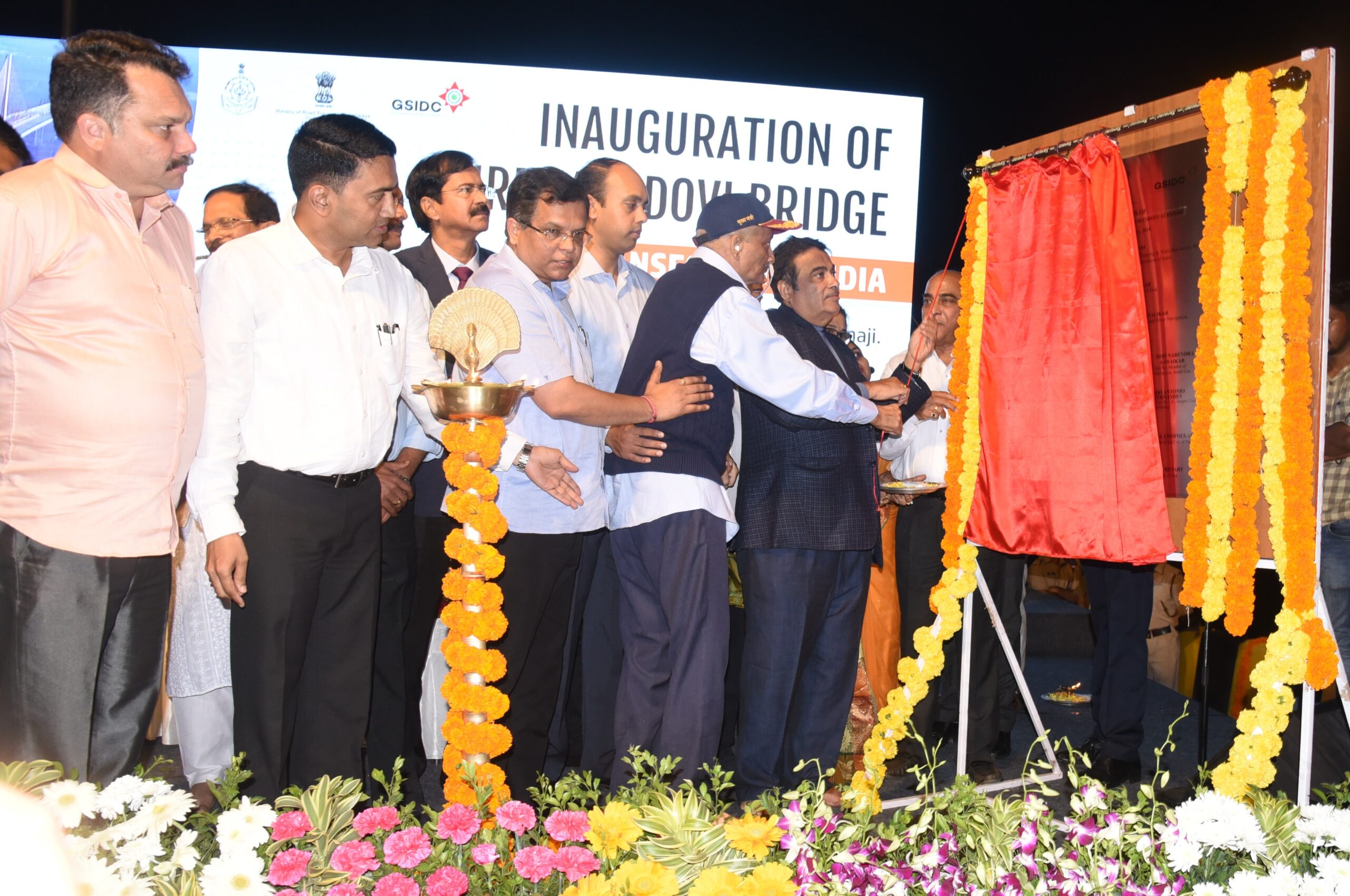 Shri Parrikar while addressing the gathering mentioned the quote of former President of America MrJohn F Kennedy who said that America is rich because roads in America  are good through which he impressed upon the fact of the importance of roads in the development . He said the aforesaid quote imprinted on his mind which led to the idea of this mega project.

Shri Parrikar informed that this bridge went through many hurdles, obstacles to become a reality.  He said the negative attitude of the people towards the development is not a good sign. The Government he said equally committed   to protect ecology and environ of the state. Therefore he advised the people to have positive attitude towards development. He expressed his happiness over the completion of this mega project within the expected time period. He thanked Union Minster Shri Nitin Gadkari for his generosity  for providing whole hearted  financial support in  infrastructural development of the state and other stakeholders of the project.

The Union Minister of Road Transport & Highways Shri Nitin Gadkari who was the chief guest of thee function said that the state of art bridge will add to the beauty of Goa. The Central Government he said has sanctioned developmental work for Goa to the tune of rupees fifteen thousand crore rupees. He appreciated  Shri Parrikar and said that he has played vital role in the development of Goa.  Another work of  project  is in progress  He said Goa has a potential in developing water transport  and sky bus project for tourism He said for having Water Resource portfolio he would extend all sort of cooperation for the same.

Shri Gadkari further speaking said that Chief Minister is sensitive towards the development of the state Therefore he has rigorously followed up to get the project collated.  He said those development works which are assure would completed he assured.

The Union Minister of State for AYUSH ( Independent Charge ) Shri Shripad  Naik said that the state of art bridge will play important role in growth and progress of Goa.. This bridge  he said will provide solace to the people from traffic congestion faced by the people long back.

The PWD Minister Shri Ramkrishna Dhavalikar in his address said that State has taken rapid strides in field of infrastructural Development. He said there are many projects of bridge, road development , construction of buildings for schools Government offices is in progress and  will be completed soon  The Usgao Khandepar bridge, Dhavali Ponda bypass,  widening and improvement of Patradevi to  Pollem, Ponda to Banastari and 8kmts road at Mopa will be taken up soon.. So also many developmental works which are  taken  up would completed soon. he He thanked  Shri Gadkari for his whole hearted  support  for the development of the state.

This 4-lane Cable stayed bridge in the State of Goa across the river Mandovi in between the two existing bridges will support and sustain burgeoning traffic and will be an aesthetically pleasing landmark for tourism development in the State of Goa.

To streamline  the Mumbai bound traffic incoming from Bangalore via Ponda route and Old Goa i.e. Madgaon and even from Panaji can be collectively sent towards NH-17 through an elevated bridge, bypassing the main Panjim City. The Cable Stay Bridge also adds an architectural beauty to the capital of Goa, Panaji. Total Bridge Length of the Bridge is 5.1(km including approaches.