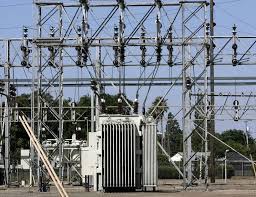 Panaji: July 1, 2020 ::; A  press clipping pertaining to exorbitant electricity bills have appeared, in the recent past in many newspapers.

In this context, the Electricity Department has clarified that due to Covid-19, the bills could not be issued on a monthly basis due to lockdown.

The printed bills which could not be issued were issued subsequently by extending the due date of payment and also waiving of delayed payment charges for the entire period. Bills are issued as per the actual calculation of a period of consumption recorded by energy meter.

Bills are issued on a pro-rata basis by dividing the consumption spread over the entire period for which bills were issued. Since the period for which the last bills have been issued coincided with the lockdown period, and people were mostly indoors, there is every likelihood that consumption has increased. Due to this, the consumers are comparing their consumption pattern during this the particular time to the pattern during the non – lockdown period. On finding the consumption high during the lockdown period people have assumed that the meter has shown wrong reading and department has issued exorbitant bills as per the said wrong readings.

The Electricity Department has strongly refuted this claim by the consumers and maintained that the bills have been issued as per the consumption of energy recorded by the energy meter.