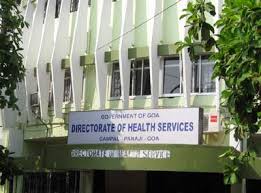 Panaji, Dec 1st, 2018  … The Directorate of Health Services, Panaji which implements the National Leprosy Eradication Programme, has stated that Leprosy is curable and that the disease which is caused by leprosy Germs can be cured with Medicines (MDT), that is available free of charge in all the health facilities.

The Directorate has further stated that the early symptoms of Leprosy, usually starts as a patch with loss of sensation or as numbness and tingling in hands / feet. In such cases, the Directorate has advised consulting health workers on occurrence of any of these.

The Directorate has stated that the early detection with appropriate treatment helps prevent disability due to leprosy. Leprosy can be treated and once on treatment, a patient does not infect others and hence there is no question of segregating PAL (Person Affected with Leprosy).

Health Officials at the Directorate have said that persons affected by leprosy, once on treatment, need only compassion and empathy and discrimination of patients is inhuman.

Health Officials have advised patients to take medicine daily for the scheduled period of treatment and have asked Patients to visit health facilities in case of problems. Patients are advised to follow the principles of self care.