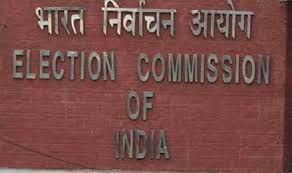 Panaji: March 31, 2019 ::: The Election Commission has issued certain guidelines with regards to printing of different types of Election material in view if the General Election 2019 and Bye-Elections 2019 announced by the Election Commission of India scheduled on April 23, 2019. The instructions are as follows:

No person shall print or cause to be printed any election pamphlet or posters unless a declaration as to the identity of the publisher thereof signed by him and attested by two persons to whom he is personally known is delivered by him to the printer in duplicate.

Further, the printing presses are required to send the copies of the printed material (alongwith three extra copies of each such printed material) and the declaration obtained from the publisher as required under Section 127A (2) of the Representation of People’s Act, 1951, within three days of its printing to the Chief Electoral Officer of the State (if it is situated in same Capital) and in any other case, to the District Magistrate of the District in which it is printed.