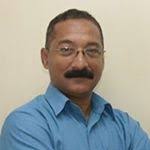 Panaji::: November 11, 2018 … Company Commander of Home Guards Shri John Aguiar has said that disasters generally arise with little or no warning, causing or threatening death, injury or serious disruption  to people and services which cannot be dealt alone by  the first responders and therefore there is need that the members of community are trained to handle disasters and  assist is saving lives.

Shri Aguiar briefed the cadets on  collapsed structure , search and location and  explained the methods of search such as Technical method , Hailing method procedure where  search and rescue team  take position in a corss pattern, positional at interval of approximately 8-10 meters at safe location as close as possible around the search area. Going around clock wise, each of these searcher calls out loudly or with a megaphone and makes a rough sketch of the area and the direction of the sound. The United Nations was chosen as the International Search and Rescue Advisory Group (INSARAG) Secretariat to facilitate international participation and coordination during the combined international disaster management action.

He said that whenever a disaster occurs people rush to the scene of the incident some go as rescuer, some as mere spectators while some others are thieves. He said in case of a collapsed structure or a explosion it is not proper to rush to the scene at once as the remaining part of the structure may collapse or second explosion may occur resulting in the death of the resuers. So, “Don’t be a dead Hero”. The rescuers he said may go after the all clear signal. As far as spectators are concerned they hamper the rescue work and therefore they need to be kept at a distance.

Shri Aguiar said there are various other methods, which could be useful for rescue. Such methods are known as “Emergency Methods of rescue”.  He said that the rescuer must understand the correct techniques to be applied on the casualty and execute the correct method of carrying the casualty so that the suffering of the casualties is minimized.  It is also important he said to ensure personal safety as accidents and injuries to rescuers may jeopardize the whole operations.

Senior Platoon Commander Shri Suresh Patekar   explained the methods in detail while they were being demonstrated.

The methods demonstrated were “Human Crutch” where a rescuer acts as crutch to the injured, “Fireman’s lift” which is a nine step method to lift the casualty, the “Pick-a –back” method which is applicable only when the casualty is conscious without any injury  and not able to walk, “Pick a Back (Reverse)” for the casualty who is conscious with an injury such as burn on the belly or chest, wound on the neck,  Fore method, The cradle method, backward drag, , Double human crutch, 2-handed seat and several and others.

The cadets were attentive and participated in the demonstration exercise and asked questions.

Major Shivaji Dharwadkar earlier welcomed the team on behalf of the Camp Commandant and later proposed a vote of thanks.