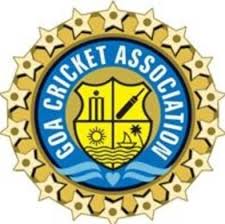 Shri Azgaonkar stated that Goa Cricket Association will construct an international cricket stadium having a seating capacity of 35,000 spectators. GCA has assured to construct the stadium within three years from the commencement of work he added.Shri Azgaonkar further said it was dream of Legendary Cricketer, Late Shri Dilip Sardesai that Goan cricketers should play at national and international level. The stadium will help to make our locals prepare themselves to play  at national and international matches and accomplish the dream of Legendry cricketer Dilip Sardesai .

Azgaonkar further informed that the proposed stadium will be equipped to play all three formats of cricket i.e.  Test, One-Day Internationals and Twenty20. It will also have provision for cricket academy to train our young sportspersons. The stadium he said will go a long way in boosting sports as well as tourism in the state which in turn will help in development of Pernem Taluka he added.

Also present on the occasion was Shri. V.M. Prabhudesai, Executive Director for Sports Authority of Goa