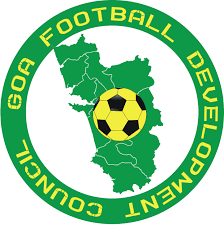 The 15-years-old student from Holy Spirit Institute, Margao, which houses the GFDC Academy trainees, was awarded by the organizers of the prestigious tournament for his sparkling performance in the U-17 category at the 59th edition of Subroto Cup International Football Tournament 2019 held from October 25 to November 20 at New Delhi.

“I represented Holy Spirit Institute, Margao and it feels great being awarded such a prestigious award by the organizers.  This scholarship has motivated me to work even harder. I scored two goals in the U-17 Sub-Junior Boys Subroto Cup,” said Nathan Rodrigues.

He started playing football at a very young age and his mother, Anunciasao Rodrigues was always a source of inspiration and did everything to help her son develop his skills further.

“I started playing football when I was six years old. I used to watch and admire my mother play football. She began teaching me the game at home when I was young. She has represented Goa and is currently a GFDC coach at Arambol centre,” Nathan informed.

The midfielder has a major hand behind Holy Spirit Institute’s triumph at various tournaments. He joined GFDC in 2014 and has made a mark for himself with his formidable and consistent performance at the GFDC centre at Arambol and now at the academy. “It is a good place and they are doing a lot to teach football to the budding footballers from the State. Derryl D’souza, my coach at the academy is a very good mentor and is teaching me all I need to know about the game,” he told.

The lad hails from Arambol and is a die-hard fan of Brazilian and Barcelona superstar Neymar.

“I want to become a professional footballer and my dream is to play in the Indian Super League someday,” he said.

Nathan and his academy teammates will hopefully represent the country one day.