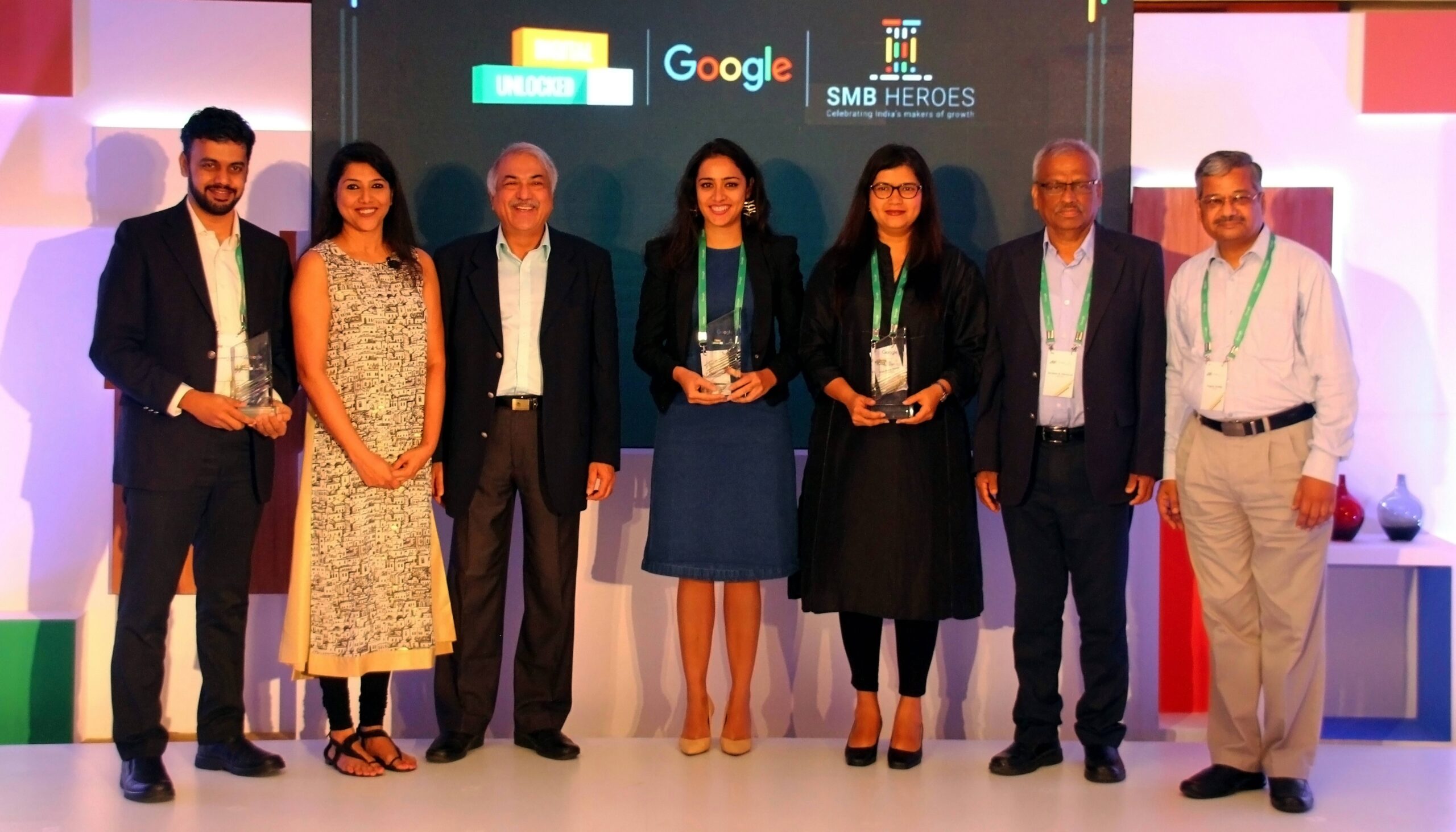 Goa, June 30, 2017: In continuation of Google India’s commitment to digitally empower India’s small and medium business community, the company showcased a range of programs and products that will enable SMBs in Goa leverage the power of internet and technology to become successful.

At an event held in the city today, Google announced the Central region winners of SMB Heroes 2017, a nationwide program to showcase and celebrate small and medium businesses that have embraced the internet to power their growth. The SMB Heroes Awards received an overwhelming response with entries from over 142 cities including cities like Hoshiarpur, Rajkot, Rajamundhry, Jamshedpur, Coimbatore, Hisar, Bhimavaram and many more.

The three businesses that emerged as central region winners under each of the categories are: Shrikant Parulekar’s Astra Concrete for Business Impact through Digital, Elsa Marie DSilva’s Safecity for Impacting Change through Digital and Shuchi Pandya’s Pipa Bella for Woman Business Leader. The winners were felicitated by Mr. Yogesh Andlay, Co-Chair of FICCI Startup Committee and Founder Director, Nucleus Software and Manguirish Pai Raiker Chairman and Managing Director of Brown Packaging Systems Pvt. Ltd and Chairman, RCPR School of Agriculture at Savoi Verem in Goa India along with Shalini Girish, Director – Google Marketing Solutions. These winners are now in the running for the national finals that will be held in Delhi later this year.

Addressing an audience of local SMBs and highlighting the importance of digital, Shalini Girish, Director – Marketing Solutions, Google said, “India now has 400 million internet users, and this has had a transformational impact on how people consume information, connect with one another and find businesses. We see the internet as a great democratizing force that breaks down barriers of language and location. The business journeys of the SMB Heroes winners are a great testament to this, as each of them has leveraged technology to address challenges and grow their businesses.”

Emphasizing the need to focus on building the technology capabilities of Indian SMBs, Google shared findings from a joint research study with KPMG titled “Impact of internet and digitization on SMBs in India”. The study reiterates that 68% of the 51m Indian SMBs are offline; and, digitally engaged SMBs grow twice as fast compared to offline SMBs. According to the report, digitally engaged businesses are able to grow their customer base significantly with 52% catering to customers beyond their home city versus only 29% offline SMBs.  Highlighting the macro-economic impact of the internet, the research found that rising penetration and greater uptake for digital by SMBs could help increase their contribution to India’s GDP by 10 percentage points, taking it up to 46-48% by 2020. The report cites the lack of understanding of the benefits of digital technologies and technical skills as the essential reasons for being offline.

The Digital Unlocked program has been designed keeping the varied learning needs of the millions of businesses in India. The offline training is being conducted in partnership with FICCI and over the next three years, 5,000 workshops will be held across 40 Indian cities. The online training comprises a set of 90 self-paced video tutorials, curated specifically for India and is available free of charge at g.co/digitalunlocked. The tutorials cover a comprehensive set of topics ranging from building a web presence and driving online growth to reaching customers over mobile and video. The trainings are certified by Google, Indian School of Business and FICCI. Since its launch in January 2017, over 13,000 businesses are now certified.

Further, for India’s mobile-first audience, Google has recently launched Primer, a free mobile app designed to teach digital marketing skills in a quick, easy and interactive way. It is available for download through the Google Play and iOS app store. Primer also works offline and is available in English and Hindi with Tamil, Telugu and Marathi versions coming shortly. In the last few months, Primer has been downloaded over 1.5 million times.

Google recently launched ‘Websites with Google My Business’ which is aimed at equipping the vast majority of small businesses with a simple way to start their digital journey by creating a free, mobile optimised website – easily and instantly. Available for Google My Business users, this new feature provides simple, templated, editable websites for small businesses created from their information and photos already available on Google Search and Maps. ‘Websites with Google My Business’ is available in English, Hindi, Bengali, Telugu, Marathi, Tamil, Urdu, Gujarati, Kannada, and Malayalam. Over 120,000 Indian businesses have been a part of the pilot roll out program.