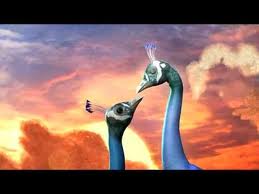 GOA, 17th NOVEMBER 2018: The 49th International Film Festival of India (IFFI) will come to a close with the World Premiere of ‘Sealed Lips’. It is important to note that the opening film of the festival ‘The Aspern Papers’ will also be having its World Premiere at IFFI 2018, in the presence of its’ critically and commercially acclaimed cast and crew.

The key cast and crew of the Sealed Lips will be present for the screening at the festival. This includes Bernd Böhlich (Director), Thomas Plenert (Director of Photography) and the cast of the film that includes actresses Barbara Schnitzler and Swetlana Schönfeld.

Speaking about the film, the Directorate of Film Festivals said, “Over the years, German films have carved a niche for themselves in world cinema, courtesy some stellar work produced by German filmmakers. We are ecstatic to have one such film from Germany as the Closing Film of IFFI 2018. And to have its World Premiere here, is an icing on the cake. We look forward to having the Director and the cast of the film with us for the premiere.” The statement further said, “At IFFI, we have always kept in mind the need for a healthy exchange of the cinema culture between countries. With the World Premiere of ‘Sealed Lips’ at IFFI, we are giving the audiences here a great opportunity to the audience to witness a World Premiere.”

Antonia Berger, a young German and enthusiastic Communist, goes to the Soviet Union in the 1930s. Whilst there, she is accused of spying and sent to Vorkuta’s labor camp. After being released from the gulag in 1952, she manages to return home to the new socialist East German state with her daughter Lydia. Antonia is forced by her party comrades to keep her terrible experiences secret for the common good. Antonia has to make a choice – between truth and the present.

Bernd Böhlich was born on 25th April, 1957. He is a German film director who’s directed more than thirty films since 1983. Bernd Böhlich began his film career as an assistant Director at the GDR television and then began a directing degree at the Film University Potsdam-Babelsberg , which he completed in 1982 with his diploma film Front leave . He then worked as a Director and screenwriter for the GDR television.