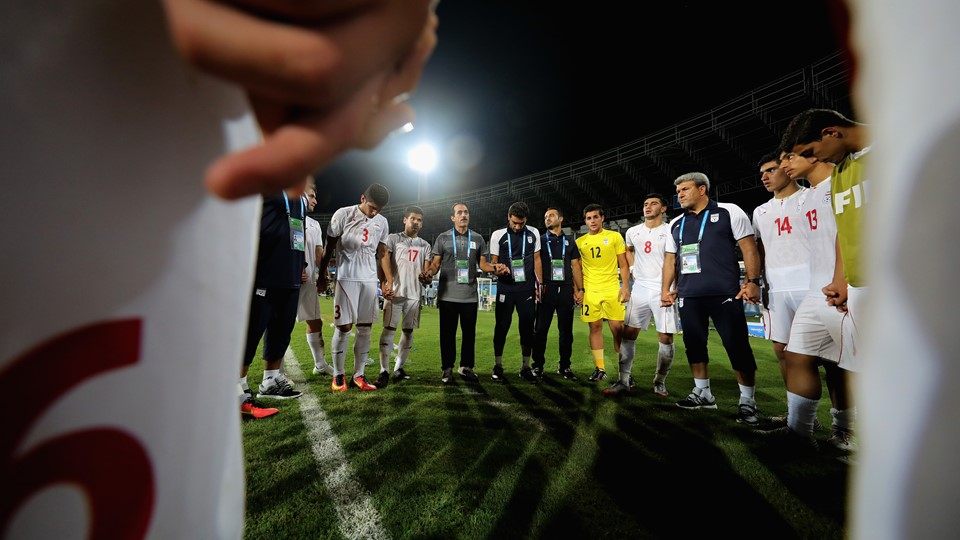 Madgao: 17/10/2017 … Iran made it four wins from four matches at the FIFA U-17 World Cup India 2017 and qualified for the quarter-finals after fighting to make two early goals stand up against a game Mexican side.

In just the seventh minute, Mohammad Sharifi converted a very confident penalty after Mohammad Ghaderi’s hard work to take the ball from Adrian Vasquez, who responded with a clumsy challenge in the Mexican box.

Just four minutes later, the Mexican defence looked out of sorts again, and they allowed Allahyar Sayyad far too much space in the box. The impressive forward gathered a long ball, turned and chipped his shot over the frustrated Mexican goalkeeper Cesar Lopez.

Iran, whose famous 4-0 win over Germany allowed them to blitz through their group, looked set to run away with the contest, but Mexico settled well after 30 minutes and began to have the better of the chances.

They tested Iran goalkeeper Ali Gholam Zadeh several times first and then found their breakthrough in the 37th minute when Roberto de la Rosa thumped in a volley from near the edge of the area on the rebound.

The CONCACAF champions continued to look the more dangerous team throughout the second half, with Diego Lainez going close and Jairo Torres rattling the post near the hour mark.

However, Iran recovered and exerted their prowess, holding the ball well in the Mexican half to close out the match and reach their first-ever quarter-final in this event. It was a difficult contest, but they maintained their momentum, heading into their last-eight clash against European champions Spain. … Courtesy: FIFA.com