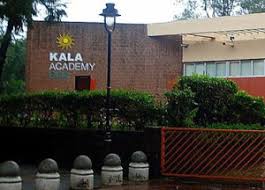 On March 18,  2019 at 6.00 p.m. an English one act play ‘Haiku’ written by Katherine Kochlin will be presented followed by ‘Javeda’ written by Navaldeep Singh. “Haiku” is directed by Kum. Prutha Parab and ‘Javeda’ by Shri. Aniket Dhale.

On March 19,  2019 at 6.00 p.m., ‘The skeleton women’ in Konkani written by Kalki Kochlin and Prashant Prakash will be presented followed by ‘Samorcha Nadkarni’ in Marathi by Vijay Tendulkar.