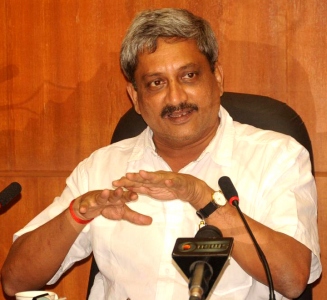 “What should have happened has happened,” Parrikar told, hours after Kasab was hanged at Yerwada jail.

“The Centre has taken a correct step, but what about Afzal Guru?” he said, adding that those who work against the nation cannot be treated like guests.

“Government finally had the courage (to hang Kasab). Now they should also do it for Afzal Guru,” he said.

Afzal Guru was convicted for conspiracy in the December 2001 Parliament attack case and the order of his death penalty was upheld by the Supreme Court in 2004.

The sentence was scheduled to be carried out on October 20, 2006. However, Guru’s execution was stayed following a mercy plea filed by his wife.