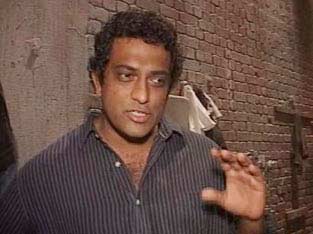 Noted filmmaker Anurag Basu has said that “while cinema industry of the entire world is wary of Hollywood, we (Indian cinema) are not scared of the it.”

“We stand tall while most of the film industries all over world have suffered because of Hollywood. But we are not scared,” Basu said, while inaugurating the special package to celebrate centenary year of Indian cinema at the IFFI 2012 here yesterday.

Basu, who has directed films like Barfi!, Life in a Metro and Murder, said he is not wary of releasing his films clashing with the Hollywood ones.

“I am not scared to release my film along with movies like Spiderman or a Tom Cruise flick,” he said.

The director claimed that “soon Hollywood will have to see our release calender before releasing their movie.”

Basu, who was the chief guest for the event, termed himself “a small part of this lovely journey of the Indian cinema.”

During the inauguration of the centenary package at IFFI, an onstage dialogue between Dada Saheb Phalke and his wife Saraswati, unravelling his passion that pioneered silent black and white cinema in India, was performed by actors Lillette Dubey and Mohammad Ali Baig.