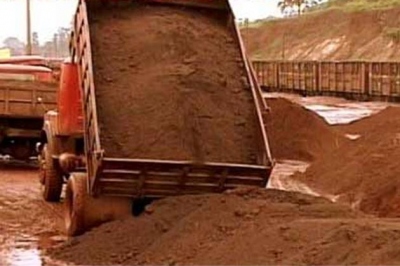 It is now almost clear that the BAN on mining activity will NOT be lifted till January.

The Centrally Empowered Committee is also planning to recommend to the Supreme Court to put a CAPPING on extraction of iron ore.

At least 19 mines functioning in and around the wild life sanctuaries are DEFINITELY going to close down.

Things are getting much clear after the CEC had a joint meeting in Delhi with the mine owners and the government officials on Thursday.

The mine owners as well as the central and state government are told to file their submissions by Monday, that is 26th November.

This is the third time the CEC has rejected the report filed by Government of Goa.

The first and foremost requirement to restart the mining activity in Goa is LIFTING of the ban imposed by the Ministry of Environment and Forest.

To begin this process, the ministry has planned personal hearings of the mining lease holders from mid-December. Until then, there is no question of starting any mine in Goa.

The ministry as well as the National Board of Wild Life has also taken a firm decision not to start any mine in the wild life sanctuary or one kilometer around it.

There are 19 such mines. It is almost clear that these mines would NEVER start.

After personally visiting Goa’s mines, meeting the stakeholders and the government officials, the CEC has raised almost 28 issues related to illegalities in mining.

Some of these major issues are Mines functioning within one kilometer, mines within 10 kilometers, excessive extraction of iron ore, mining done below water table, mining in other person’s leases and many such issues.

Based on Shah Commission report and the verification by the CEC, the committee would submit its recommendations to the Supreme Court.

Reports reaching from the national capital indicate that the Centrally Empowered Committee has made it very clear to the mine owners as well as the central and state government that it would put a CAPPING on the amount of ore to be extracted.

The final decision in this regard would obviously be taken by the Supreme Court. But it appears that the same conditions applied to mines in Bellary in Karnataka would also be applied to Goa.

In that case, mining may start, but at a very very low pace than what it was before.