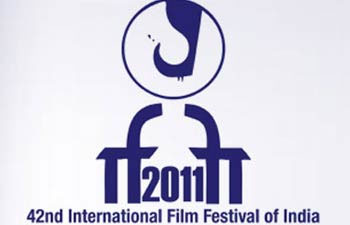 Even as cinema buffs are busy catching up with Brazilian Hair Extensions in Memphis movies at the ongoing International Film Festival of India (IFFI) in Goa, two ‘serenading’ friends here are re-bonding over music, which united them over a decade ago before they parted ways for a better livelihood.

Musicians George Cartt and Joao Zinto went their separate ways 13 years back for a living. Now they have come together again for the sake of music at a IFFI stall.

“I went to Dubai to earn my livelihood. Fifteen years after working there, I came back to Goa this year and found Cartt again. We are now back playing music together,” said Zinto, who is his late 50s.

“We had no friendship initially. It was necessity that brought us together then. Our bonding became strong and when he left for Dubai, we became thick friends,” Cartt, who continued pursuing music all these years in Zinto’s absence, explained.

Musicians George Cartt and Joao Zinto went their separate ways 13 years back for a living.

The duo watch no movies at the festival although they serenade the guests every day for three hours. Zinto is on the Goan percussion instrument ‘Ghumat’ with a ‘mouth organ’ mounted on his chest. He plays both theinstruments together.

Cartt is on the guitar singing Konkani songs of the yesteryears which inspired many musicians in the Hindi film industry. Among the musical scores that they play comprise some of the best compositions by Minguel Rod, M Boyer and Chris Perry, all legendary names in Konkani music.

Cartt, hailing from Loutolim village is a neighbour of Emiliano D Cruz, a well-known serenading artist who has even played for former Indian Prime Minister Indira Gandhi during the CHOGM (Commonwealth Heads of Government Meeting) in India.

“Most of the times people ask us what is the meaning of song that we play. We have to construct the story and explain it to them,” he said.