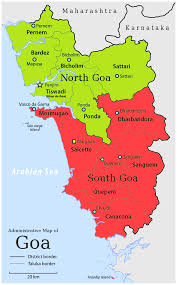 Panaji, June 29, 2019 …. The Chairperson of National Commission for Minorities, Government of India, Shri Syed Ghayorul Hasan Rizvi who is in Goa to review welfare schemes for minorities in the State has said that the Central Government under the leadership of Prime Minister, is firm on its resolve for inclusive development. While chairing a meet at the Secretariat in Porvorim, recently, held a meeting to review the implementation of the schemes under the Pradhan Mantri Jan Vikas Karyakram (PMJVK), Shri Rizvi recalled the statement made by Prime Minister, Shri Narendra Modi after assuming office in the recently concluded Lok Sabha elections, of “Sabka Saath, Sabka Vikas, Sabka Vishwas”, wherein he said that the Government was keen on ensuring minorities do not lag behind in any sector.

Shri Rizvi informed about the Central Government schemes, some of which are new, that are for benefit of minorities such as the concept of Bridge courses for drop outs, coaching for minorities for competitive exams, etc.

Shri Rizvi suggested that the District Level Committees in North and South Goa formed to discuss minority-related  issues, invite well –known people from the minority community as guest members so that greater awareness on the benefits offered to minorities is created and so also important feedback from the community is conveyed to the committee.

Present on the occasion were Secretary of Social Welfare, Shri W.V.R. Murthy, IAS, among others.