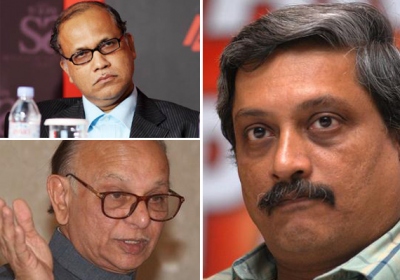 After being ticked off by the Supreme Court-appointed Centrally Empowered Committee over “erroneous and incomplete data” on mining, Goa Chief Minister Manohar Parrikar has sought to deflect the blame on erstwhile Congress regime for the “mess-up”. “The former government had miserably failed to maintain the records, including the number of operational mining leases, exports and productions. This mess is inherited by my government which is now working overtime to put in place all the records,” Parrikar told PTI.

In a strong-worded letter to the state chief secretary, the Centrally Empowered Committee, which is inquiring illegal mining in Goa, had complained about “erroneous and incomplete data”.

Justice M B Shah Commission also investigating into the illegalities had expressed similar complaint in the past.

Clearing the air on the issue, Parrikar said, “A total of 130 mining leases were operational in the state for last five years. There is no proper record of all these mines. The mines department was also unaware about 400-odd traders who were involved in the business”.

He said the state Mines and Geology department, which saw some tainted officers being sacked, went through a tough time as it had to reconstruct all the details.

“Now since the matter is in the SC, we have time to clear this mess and get things in place before mining resumes,” the Chief Minister said.

On resumption of mining activity which has been halted for over last two months post the Supreme Court order, Parrikar said the state government was awaiting directions from the apex court.