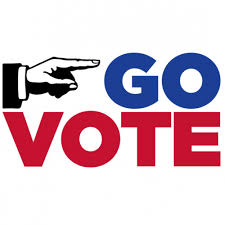 Panaji : 2nd January 2019 ::: The Shiroda People’s Forum (SPF) in an update released to media persons on Tuesday late evening claimed that over 2500 names of old voters from Shiroda could be missing from the Revised Electoral Roll 2019, the final copy of which will be released on 5th January 2019, a majority of them due to technical errors and some of them due to mischief by other vested interests.
The SPF members also spoke to Goa State Election Officials who reassured them that one more chance would be given to residents before the elections to rectify missing entries and errors. The same was confirmed by Mamletdar (Ponda Talukar) Abhir Hede who agreed that the voters would get another opportunity to rectify errors in the election lists.
Earlier the SPF had claimed that in the Revised Electoral Roll 2019, which is yet to be announced or released officially yet, about 1468-plus old names from Shiroda constituency were missing and  more than 800 new voters or first-time voters are  not yet added. The final Electoral Roll 2019 for Goa is expected to by published on 4th January 2019. The draft list was first released in September 2018.
After Chief Election Commissioner Ashok Lavassa reviewed the general election preparedness of the State,  days ago and spoke to the press, politicians across the length and breadth of Goa complained that not all first-time voters have been enrolled.
Nearly 25-30 percent first-time  voters have not yet been enrolled from Shiroda itself,  explained Pascal Rodrigues,  a resident of Karai Village in Shiroda and co-convenor of the Shiroda People’s Forum.
The Shiroda People’s Forum (SPF) has demanded that election officials of the Election Commission of India (ECI) look into the matter of missing persons as well as go the extra mile to ensure that new voters are enrolled in time to cast their votes.
Many of the dropped names are because the people have moved their place of residence in the vicinity. “They are still living in the same area, but for some reason or the other have shifted their residence in the vicinity of their earlier address,” Rodrigues said.
Speaking to media persons in Panaji on Monday, Rodrigues said that the SPF is not affiliated to any political party. We want both the main political parties in Goa to ensure that voters are enlisted in the voting roll and will be meeting Congress leaders in the New Year to apprise them of the situation.
Out of the 1468 names which we have identified as missing from the rolls, about 648 of them are Catholics from across the constituency and about 271 are Muslims from the Bethoda area. The rest are spread across the constituency and are primarily migrants who are living in Shiroda for more than 12-15 years.
The SPF will be conducting an awareness campaign in the constituency starting from 2nd January, 2019 to ensure that first time voters are enrolled and names of old voters are not dropped for changing their places of residence, within the constituency.
A special summary revision with respect to January 1, 2019, as the qualifying date was launched in Goa on September 1st 2018, with the publication of the Draft Electoral Roll.
Officials had urged voters to look into Draft Publication Data to see if corrections were required. Voters had to check if due to legacy factors same person was registered at more than one place and share such information by email or by filing Form 7 for deletion of such names.
The SPF has alleged that certain BJP workers from Shiroda had complained to Election Officials about residents who had two places of residence, for example – ancestral house and individual house in the constituency itself. As a result of which, the names of the individuals were removed and deleted from both the places. This was done at the behest of former Congress MLA Subhash Shirodkar who switched sides and joined the BJP.
According to the SPF, Shirodkar told his workers to get the names of hundreds of residents who had more than one place of residence deleted from the electoral rolls, by complaining to the Election Office via email. On receipt of such emails, the names were deleted, but the SPF alleges that the Election Officials deleted the names arbitrarily and without any investigation.
It is a crime under law to have names at two different places, claim election officials and hence the names were deleted on receipt of complaints, but the SPF alleges that the details were not verified and the residents who have been living in Shiroda for generations are now dropped out of the electoral rolls for minor technical reasons.
It seems the Election Commission will announce the dates for the Shiroda and Mandrem by-polls next week and the polls may be held in February as the ECI has decided against having simultaneous polls in Goa, it is learnt.