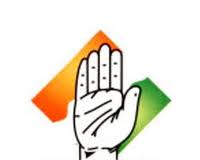 Panaji: 8th December 2018 … Speaking at the taluka-wise agitation ‘Jan Akrosh’ at Pernem in North Goa, Goa Pradesh Congress Committee (GPCC) President Girish Chodankar claimed that Manohar Parrikar’s PAs’ are running the government and ordering ministers around.
“The PAs of the unwell CM are signing crucial documents and making noting on the files claiming that ‘verbal approval of the CM’ has been taken. Chodankar said even BJP Ministers are being taken for a ride by the PAs who do not have the constitutional right to take such decisions.,” said Chodankar.
Chodankar warned that the Congress would move the appropriate courts over the decisions taken by these PAs. These decisions are illegal and we want to warn the concerned officials and bureaucrats not to sign on any decisions which may seem questionable.
The launch program of the Goa Congress taluka-wise agitation ‘Jan Akrosh’ was launched by AICC secretary and Goa desk in-charge Dr A Chellakumar along with Goa Pradesh Congress Committee (GPCC) President Girish Chodankar and former CM Digambar Kamat at Pernem on Thursday.
Present at the function were several senior Goa Congress leaders including Dr A Chellakumar, GPCC President Girish Chodankar, former CM Digambar Kamat senior Congress leader M K Shaikh, former Minister Sangeeta Parab, PCC member Subhash Kerker, Goa Congress North District President Vijay Bhike, former Union Minister Ramakant Khalap, Mahila Congress leaders Adv Diya Shetkar, Muktamala Fondvekar, Panjim Block President Prasad Amolkar and several others.
Speaking at the function, GPCC President Girish Chodankar said Parrikar’s PAs and assistants were running the government and were dictating terms to Ministers and other senior government officials. “There is a complete failure of the administrative machinery in the State. Land conversion is happening on a suitcase to suitcase basis, Chodankar said, referring to the ‘case-to-case’ conversion of land by the TCP department.”
Goa desk-in-charge Dr A Chellakumar said the BJP government both in the State and the Centre has mislead the people of Goa and India. Demonetization and GST were some of the biggest blunders of the BJP government. Parrikar mislead the people of Goa in 2012 by stating that there was a Rs 35,000 crore mining scam. Till date Parrikar has not been able to recover a single paisa from the so-called mining-scam,” Chellakumar said.
The agitation ‘Jan Akrosh’ which was launched from the Pernem bus stand will conclude at the historical Lohia Maidan on Liberation Day, December 19.
“Congress in Goa has been demanding for a full time Chief Minister for the last several months. We have met the Governor on six occasions. Huge protests was also organised from Campal to Azad Maidan which culminated in the public meeting. Congress had organised a ‘Century without CM’ on completion of 100 days of the absence of Manohar Parrikar apart from organizing various programmes,” Chodankar said.
After Pernem, the agitation will be held at Mapusa on December 7, December 8 in Bicholim, December 9 in Quepem, December 10 at Sanguem, December 12 in Valpoi, December 13 in Panaji, December 15 in Mormugao and December 19 in Margao.