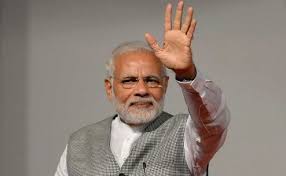 Panaji: – November 04, 2018 …The Prime Minister, Shri Narendra Modi, launched the Union Government’s Support and Outreach Initiative for Micro, Small and Medium Enterprises (MSMEs) in the presence of Union Minister for Finance and Corporate Affairs, Shri Arun Jaitley and the Union Minister of State (I/C) for MSME, Shri Giriraj Singh at Vigyan Bhawan in New Delhi today which was telecasted across India through live streamed. In Goa the function was organized by the Directorate of Trade and Commerce (DITC) along with MSME-DI and SBI at NIO Dona Paula.

The Union Government has accorded high priority to the MSME sector in recent years. This outreach and support programme, will run for the next 100 days, covering the entire country, and is expected to provide even greater synergy to the efforts being made for this sector. This programme, has been implemented in mission mode and will be monitored on a continuous basis by senior officials of Union and State Governments.

Speaking on the occasion the Ayush Minister said that the Government had taken several initiatives including customization of   products and strategies as per their needs and automated loan processing have been introduced to achieve faster turn around and accelerate MSME’s growth, easy availability of credit will also foster India’s entrepreneurial spirit he added.This initiative will set a new benchmark in loan delivery mechanism by reducing the turnaround time from 20-25 days to just 59 minutes he reiterated