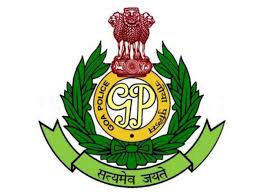 Panaji: October 20, 2018 … The 60th annual Police Commemoration Day Parade 2018 will be held at the Goa Police Headquarters, Panaji. Goa police will pay rich tributes to police and paramilitary personnel from across the country killed in action over the past one year between September 1, 2017 and August 31, 2018, as a part of Police Commemoration Day. A parade will be held to mark the occasion, arms would be reversed and two minutes silence will be observed in the honour of the departed souls. Director General of Goa Police, Dr. Muktesh Chander IPS, will pay tributes to the martyrs.

The history of commemoration day traces back to October 21, 1959, when a patrol party of CRPF, led by SI Karam Singh, was ambushed by the Chinese forces at Hot Springs Ladakh and 10 jawans were killed.