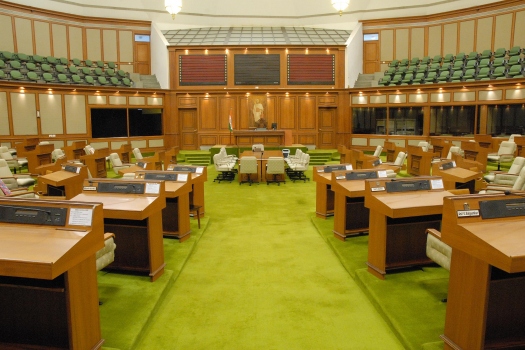 Panaji, October 04, 2018 … Office of the Speaker of Goa Legislative Assembly in connection with the  notice for removal of Speaker moved by the Leader of Opposition alongwith 15 other MLAs belonging to Indian National Congress has stated  that the said notice was issued on 21st September, 2018 to the Secretary, Legislature. Thereafter, the said matter was brought to the knowledge of  Speaker. The  Speaker in his wisdom and for maintaining unbiased and neutral decision making referred the matter to Learned AG of Goa for his reasoned opinion in this matter.

Learned AG was pleased to provide his reasoned opinion in this matter upon reasoning of the necessary provisions of the Rules of Procedure and Conduct of Business of Goa Legislative Assembly  as well as the concerned provisions of the Constitution of India.

Speaker upon duly considering the advice of Learned AG has arrived to the conclusion that the said notice dated 21st September, 2018 is not maintainable on two counts. Such notice had to be moved with 14 days prior intimation during an ongoing Session. Governor has not summoned the Assembly currently Summoning can be done after six months from the last day of the immediate past Session.

Therefore, Speaker has advised the Legislature Secretary  to accordingly communicate to the   Leader of Opposition that the said notice has been disallowed on the grounds of maintainability.