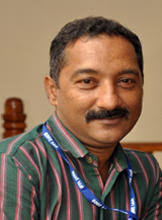 Panaji: August 22, 2018 … Information Officer of Department of Information & Publicity, Shri John Aguiar said that whether it is the Government job, or the entrance exam of any course, General Knowledge and Current Affairs have a vital role to play. The students therefore should eye competitive exams  for top jobs to aim high in life and  prepare for Current Affairs and General knowledge which is a  highly scoring section.

Shri Aguiar was speaking  as the Chief Guest at the Investiture Ceremony of the House System of Goa Vidhyaprasarak Mandal’s A. J. De Almeida High School, Ponda today.

Speaking further  Shri Aguiar said that the students today are lucky because there are ample of opportunities available. During his time, there were no such opportunities nor there was proper awareness and therefore now  the students have to arm themselves with knowledge and should do lot of reading and update themselves on general knowledge to aim high in life.

The House system, Shri Aguiar said is generally  used to increase a healthy competitive spirit among students belonging to different houses. It makes every student an integral part of the school and is responsible equally to contribute. He remembered his school days when he was a member of blue house and the activities that they use to carry in the school. She Aguiar said he  personally believes the house system is an excellent method to bring out hidden talent in students and give them an opportunity to explore themselves.

Shri Aguiar later informed the students about the opportunities as officers in the Indian Army and urged the parents to motivate their children to upgrade themselves to  compete and begin a successful journey in life.

The Chief Guest Shri Aguiar pinned the badges on the group leaders and house captains.

Mrs. Shoba Dhumaskar , Assistant Headmistress administered the oath to the Head Boy and Head Girl along with the house captains. Mentor Mrs. Suchita desai also spoke on the occasion.

The programme commenced with the impressive march past followed by Prayer song and the lighting of traditional lamp by the Chief Guest and the dignitaries.