Kingfisher Premium, the Good Times partner in association with Superstar India presented the year’s highly anticipated performance by one of the most popular DJ in the world – David Guetta. The French sensation delivered a power packed performance to a full house by playing few of his Electronic Dance Music (EDM) hits.

The French DJ who has sold approximately 15 million singles worldwide and smashed the world charts with numerous hits performed at the GTDC – Baga grounds amidst thousands of eager revelers and Kingfisher fans. As the crowd went into a frenzy and danced to his tunes, David Guetta spun his magic with the usual stylish persona that he is known for.  The tempo of the concert took off with some chill beats like Titanium, Turn me on followed by the crowds putting their hands up in the air to rapid fire sound of bass.

Kingfisher premium, The Good Times partner, ensured that the free-flowing beer did not let anybody go thirsty as David Guetta played his masterful compositions that included Sexy Chick, Without you, I can only imagine,  Whose going to save the world tonight, Sweat and Get low. The loudest cheer from the full capacity crowd came when he played the hit single Don’t You worry Child.  By the end of the night, the crowd was left yearning for more as they chanted his name in unison.

David Guetta – A producer, composer and officially the most popular DJ in the world was voted as the #1 DJ in the ‘DJ Mag Top 100 DJs’ fan poll in 2011. His fourth studio album ‘One Love’ was nominated as “Best Electronic/Dance Album” at the 52nd Grammy Awards. 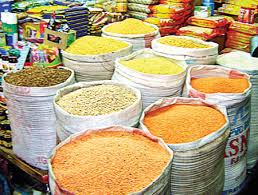