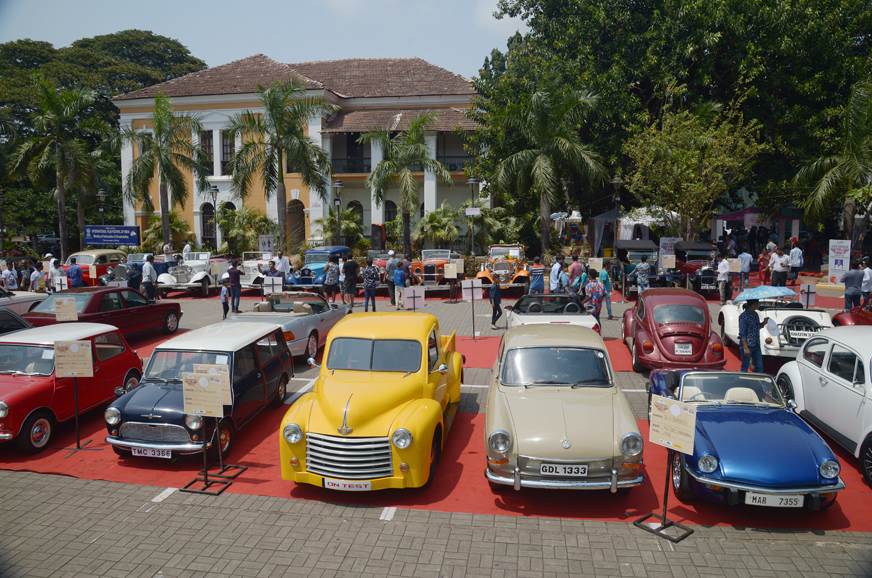 Panaji: 29th April, 2018 ::: The second edition of the Vintage Car and Bike rally was flagged off by GTDC Chairman Nilesh Cabral from Inox Courtyard on sunday. Organized by Goa Tourism’s Development Corporation, The Vintage Bike and Car festival has been an annual event held at the INOX Courtyard in the capital City of Goa.

Various vintage bike and car owners, users, collectors and fans were seen participating in the parade rally which started from Inox Courtyard moving along via Miramar circle and Divja Circle. The event received entries from more than 90 cars besides a number of bikes

The festival has already received an overwhelming response with vehicles coming in especially for the festival from cities like Mumbai, Pune, Belgaum and Kolhapur

Prizes and certificates were also awarded in various categories to

vintage vehicles including the oldest, most appealing and the rarest automobile which was later followed by music and entertainment including a fashion show.

The event was curated by Ashvek Vintage World and was supported by the VCCFI (Vintage and Classic Car Federation of India).

Fans from all parts of the state as well as from outside the state were seen lined up along the rally route to witness the cars and bikes of yesteryear’s.