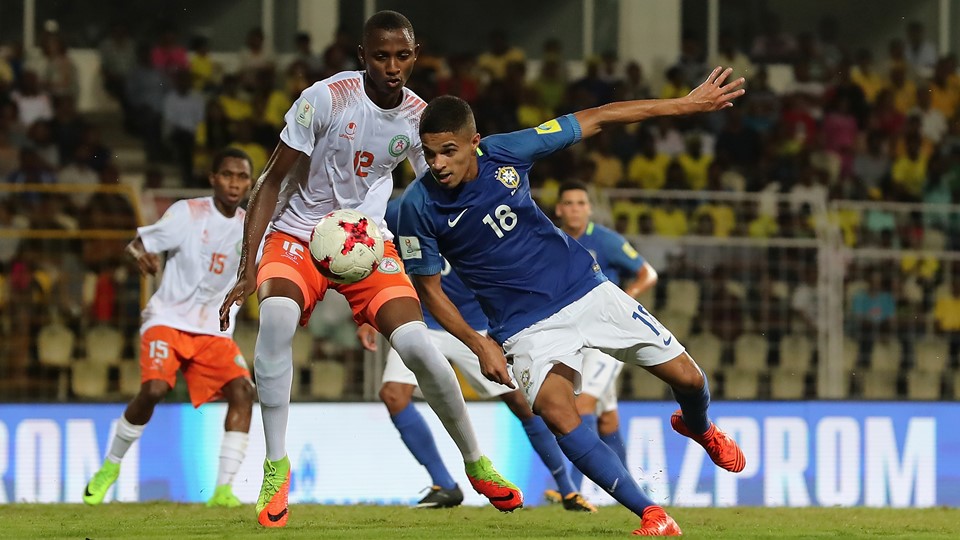 Brazil took the lead just four minutes in when Paulinho played a superb low cross into the path of Lincoln at the far post, with the Flamengo striker duly converting the opportunity.

Brazil then created numerous chances, but a second goal did not arrive until ten minutes before the break when Brenner’s free-kick took a big deflection off the Nigerien wall before finding the back of the net.

The second half did not have the same pace and urgency as the opening period, with Brazil strolling with relative ease to a third-straight win and maintaining a 100 per cent record at the competition to date.