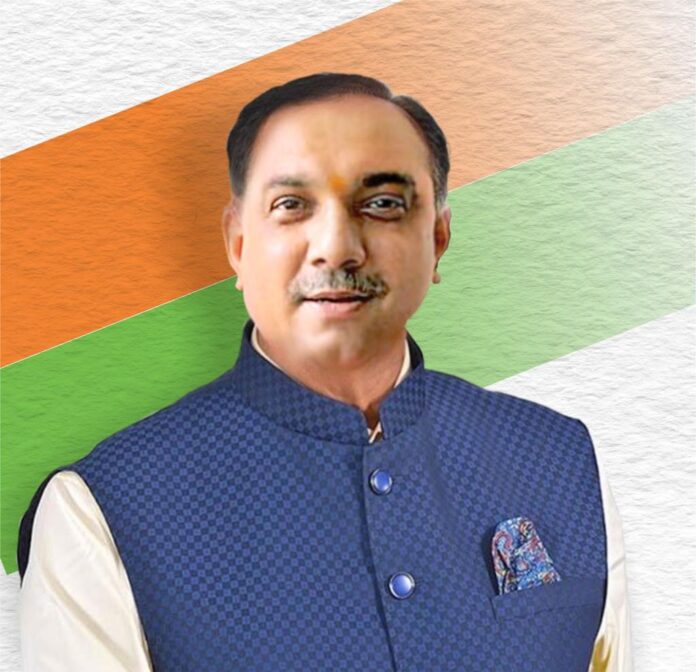 Panjim: Media Cell convenor, Goa Pradesh BJP, Sandesh Sadhale has said that the newly joined AAP leader Mrs Pratima Coutinho should stop trying to unnecessarily create issues to hog the limelight during pandemic.
speaking to media Sadhale said that Goans have endorsed the leadership of Honourable Chief Minister Dr Pramod P Sawant while rejecting AAP, the party which she has joined recently.
The efforts of the government are seen on the ground through the Health Infrastructure that is being created in a record time.
Vaccination drive taken up by Directorate of Health Services for the people above 45years of age has been going on in full-swing.
There are several lives saved by the government. Central and State government are working in sync to fight back the pandemic.
Mrs Coutinho should join in the efforts to save the lives by offering her services, rather than releasing the video.
Every help matters at this point of time and I would request Mrs Coutinho to at least join the NGOs that are offering backhand services to the efforts of the government to serve people.
Mrs Coutinho is herself beneficiary of the covid infrastructure put in by the state government when she was treated at GMC for the infection successfully.
She should be thankful to the government set up and dedicated team of doctors who have helped several thousands recover from the covid.