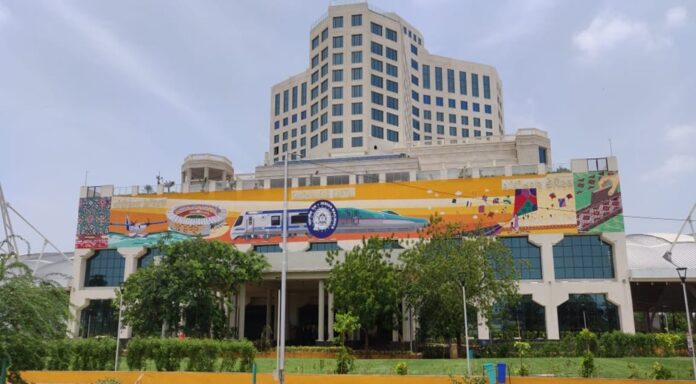 In what can be termed as a giant leap of the Railway Station Re/development Program, India gets its first redeveloped railway station with the dedication of the redeveloped Gandhinagar Capital Railway Station situated in the state of Gujarat to the nation.

“That’s one small step for man, one giant leap for mankind” by Neil Armstrong is apt for the station redevelopment as well considering that with the inauguration of Gandhinagar Railway Station, the entire station landscape in the country has been impacted positively. As Santiago Calatrava has said “A station is something which can generate a city”, Redevelopment of Gandhinagar Capital railway station will acts as a city booster and create investment cycle, job opportunities and in general uplift the economy of Gandhinagar, which is the capital of the state of Gujarat. This redeveloped station has a 318 rooms five star convention hotel constructed on top of tracks. This is first of its kind project in India and will pave the way for similar development in land stressed cities like Mumbai and Bangalore. Gandhinagar already has an existing world class convention and exhibition centre – “Mahatma Mandir”, which has been clubbed with the hotel and the railway station so that these facilities work in synergy with each other. This hotel will ease the logistics for the convention center and help better utilisation of the same and vice versa. More events at the convention center will lead to more opportunities for the hotel industry, catering and tourism. Helipad exhibition grounds and DandiKuteer, a museum dedicated to the Father of the nation, Mahatma Gandhi are in the near vicinity and are expected to get a boost from the new developments. GARUD and IRSDC also plan to add more facilities in the Redeveloped station as well as surrounding areas to further boost the local area and make it a destination for people from all walks of life.

Two new trains, one weekly superfast to Varanasi and one daily MEMU to Varetha are being introduced WEF 16/7/21. Ministry of Railways has ambitious plans for the area, and as the Gandhinagar area gets a boost in economic activities because of these initiatives of redevelopment of the station, more train services may be introduced.

The redeveloped station follows the principles of seven C’s which are the basic principles followed in planning of redeveloped railway stations by IRSDC.

In order to segregate the passengers, a concourse is planned for departing passengers, and two subways for arriving passengers. The station is future ready, and the concourse will be used for departing passengers when the passenger numbers increase at the station. However, in the near future, it is planned to open retail, food and entertainment outlets in this area to serve the demands of the passengers as well as the local population. Market players such as Big Bazaar and Shopper’s Stop have also shown interest in opening their mini outlets making it convenient for the passengers and local population to shop at the station. The redeveloped station will function like a “city centre rail mall” where travel will be one of the several functions that it will serve. The station offers an accessible environment for the divyangjan and has lifts and ramps at all locations. Other facilities like tactile flooring are also provided. The station is equipped with modern facilities like ample waiting spaces, through columnless roof to provide protection against sun/rain etc, air conditioned multipurpose waiting hall, baby feeding room, improved signages and modern toilets, interfaith prayer room for the common man. Other amenities like the art gallery, theme facade lighting, etc will provide additional attractions which will not only enhance passenger satisfaction but will also prove to be a matter of pride for all as this station can boast of many firsts in the country. Without the concourse, the redeveloped station has been designed to handle 1,500 passengers in peak hour. With the concourse, the capacity will go up to 2,200 passengers in the peak hour.

The station aims to conserve the natural built environment, through use of sustainable materials like Portland Pozzolana Cement, fly ash bricks etc. and reducing the water, electricity requirements through energy efficient designs, rain water harvesting and recycling of water. 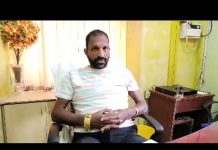 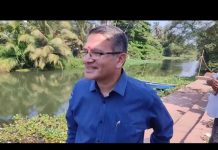